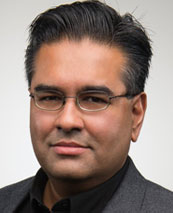 Adnan is the founder of Breker and the inventor of its core technology. Under his leadership, Breker has come to be a market leader in functional verification technologies. The Breker expertise in the automation of self-verifying testcases is setting the bar for the completeness of verification for system-on-chip (SoC) designs.

He has over 20 years of experience in functional verification automation. Prior to Breker, he managed AMD’s System Logic Division, and also led their verification team to create the first test case generator providing 100% coverage for an x86-class microprocessor. In addition, Adnan spent several years at Cadence Design Systems and served as the subject matter expert in system-level verification, developing solutions for Texas Instruments, Siemens/Infineon, Motorola/Freescale, and General Motors.

Adnan holds twelve patents in test case generation and synthesis. He received BS degrees in Electrical Engineering and Computer Science from Princeton University, and an MBA from the University of Texas at Austin. 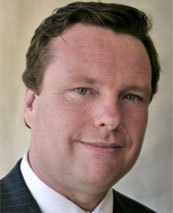 Dave holds the position of CEO of Breker. Prior to that, as Chief Marketing Officer Dave was responsible for all aspects of Breker’s marketing activities, strategic programs and channel management. Earlier, Dave served as vice president of worldwide marketing solutions at formal verification provider OneSpin Solutions. Dave was president and CEO of Sigmatix, Inc. He worked in sales and marketing at Cadence Design Systems, and was responsible for the Verilog and VHDL verification product lines. As vice president of marketing at Co-Design Automation and then Synopsys, Dave oversaw the successful introduction and growth of the SystemVerilog language, before running marketing for Novas Software, noted for the Verdi product line, which became Springsoft and is now part of Synopsys. 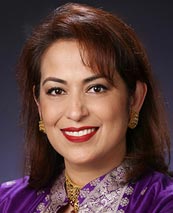 Maheen brings 20+ years of financial experience in deal structuring and operations management in diverse industries including wireless telecommunications, clean energy, health, and infrastructure projects in emerging markets. Prior to Breker, she served in various roles in investment banking and management consulting.

Maheen is an occasional contributor to different business journals and forums, covering a broad range of topics related to management. She holds a BBA from North South University and an MBA from the University of Texas at Austin. 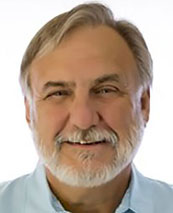 Jim served as our Chairman of the Board from 2018, and his presence had a dramatic impact on Breker the business and Breker the people. Jim’s tireless effort for the many companies with which he worked had a marked impact on their success and Breker was no exception. His expertise, experience, and leadership were felt through the organization, and it made us all better people for knowing him. Jim’s empathy for others, as so many have noted, set him apart and made us all appreciate the world in which we live. We miss you, Jim.
Jim Hogan, Rest in Peace 2021